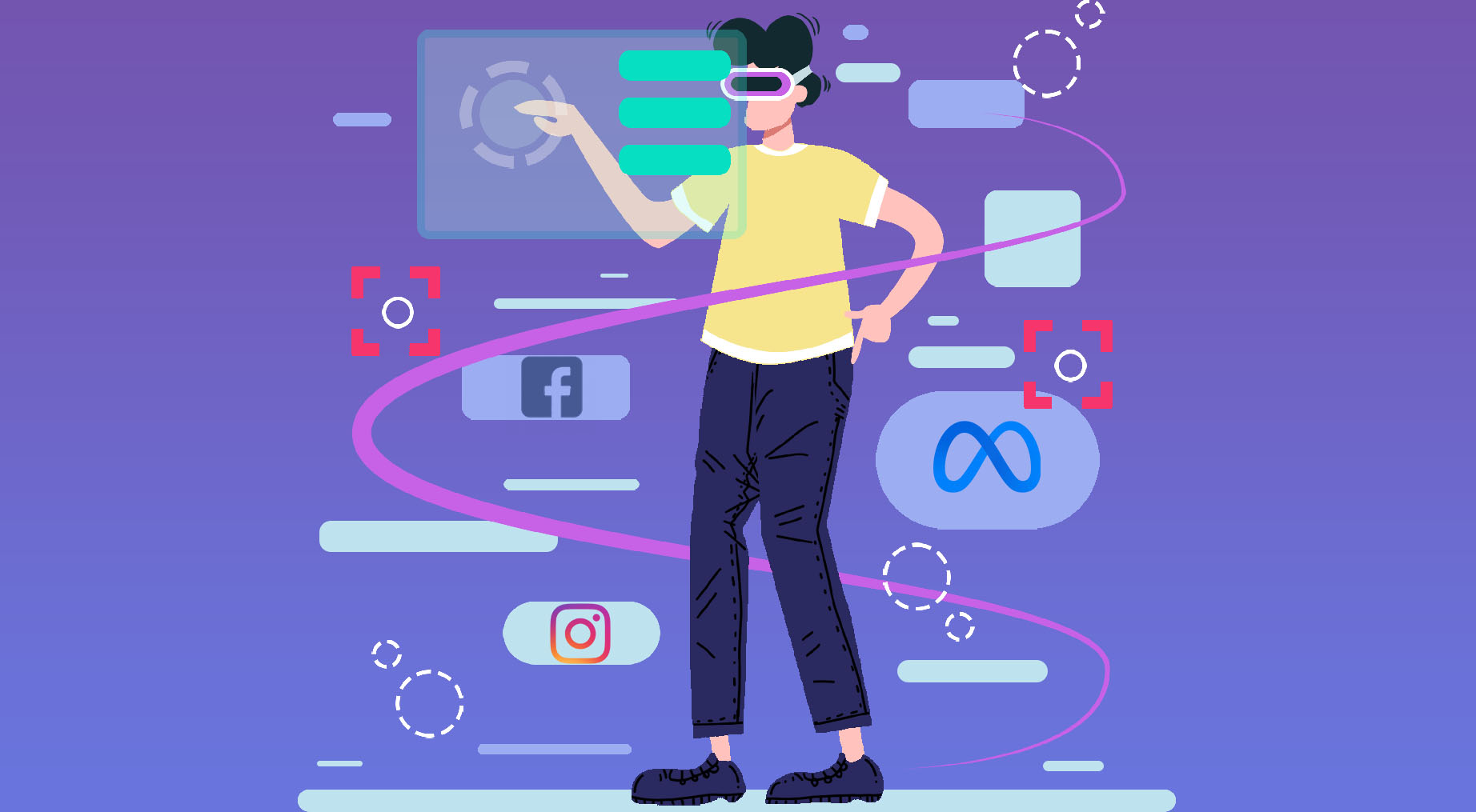 Facebook recently changed its name to ‘Meta’ to keep its branding synonyms with Metaverse, which is not yet in the real world. Meta has now become a part of our lives. Facebook INC, the parent company as it was called formally, Instagram, WhatsApp messenger and Oculus- a virtual reality company are all now called the Meta platform INC.

According to reports from Indian express, people spend nearly 142 to 150 minutes daily on Meta platforms like Facebook and Instagram. These platforms have gained much popularity recently, and so have – non-fungible tokens – NFT, a form of digital ledger.

Now, moving on to know how Facebook and Instagram are about to create a marketplace for NFT.

A non-fungible token (NFT) is data appended to a file to produce a distinct signature. It might be a picture file, a piece of music, a tweet, a website text, a physical object, or various other digital formats. Anyone can possess a digital file (as long as it’s coded to distinguish it from any digital copies). In simple terms, NFT is a virtualised data unit that can be bought, sold, traded, and stored on a blockchain, a type of visible ledger.

NFTs are distinct from blockchain cryptocurrencies such as Bitcoin, where each token is unique. Photographs, videos, and music may all be attached to different NFT data units. Or, as Emily Yang, a digital artist, b dedicated to learning and understanding what NFTs are, likes to call them a ‘digital collectable.’

An NFT, contrary to common assumption, is a blockchain-based token that confirms you are the only owner of that one-of-a-kind digital asset, which could be anything. An NFT isn’t the same as a JPEG. It’s not a pixelated face, a bored ape’s profile photo, or a tweet converted into a digital collection.

An NFT may represent all these things: code, also known as smart contracts. Smart contracts enable NFTs to be sold or transferred, set royalties for artists, engage in the Metaverse, etc. The Ethereum blockchain is most typically used to create NFTs.

Even though NFT ledgers pretend to provide a public certificate of authenticity or proof of ownership, the legal rights that an NFT transmits might be unclear. NFTs do not prevent the creation of NFTs with identical linked files nor the sharing or copying of the digital data they contain. They also don’t provide you with the digital files’ copyright rights.

Non-fungible tokens are digital assets like buying land virtually or purchasing an art piece digitally. Assets could be buying in-game items like digital avatars, non-digital collectables or even tickets to a particular event.

Last year, for illustration, Jack Dorsey sold his first tweet as an NFT for almost $2.9 million. You could technically take a screenshot of Dorsey’s initial tweet without paying for it and save it to your phone, but it’s still not yours, and you wouldn’t be able to sell it for the same price as the original – a point that counts when it comes to NFT trading. The individual who purchased Dorsey’s NFT owns the blockchain-based digital version of that tweet, which cannot be exchanged or reproduced.

Is NFT a Good Option for Investment?

Investing in an NFT has a more significant risk than investing in crypto. Buying an NFT is equivalent to trying luck on a never won horse. People still go for NFT because of its sudden popularity and the fun factor.

NFTs are still not a full-fledged investment option due to several factors, which include:

Much work goes back to setting up a portfolio to buy NFTs. To invest in an NFT, he should have a crypto-compatible wallet linked to an NFT marketplace, and this process has many manholes on its roads.

Crypto hacks and frauds, which have grown increasingly popular and sophisticated, are also vulnerable to NFTs. A bit of googling for “NFT frauds” reveals how easy getting into trouble is.

More individuals buying ether for NFTs may be an excellent thing for investors banking on long-term growth in the value of Ethereum. However, the expenses for purchasing NFTs are a significant disadvantage, according to Emily Yang. She estimates it may cost “upwards of a hundred or $200 simply to make the transaction happen” on Ethereum. “Gas fees,” or costs paid to miners for verifying a transaction on the Ethereum network, are these charges. Gas prices have risen as the number of transactions on the Ethereum blockchain has increased, owing to broad usage.

NFTs have been criticised for the high energy costs and carbon footprint involved in confirming blockchain transactions, their frequent usage in art scams, and the notion that the NFT market is a Ponzi scheme.

Why have NFTs suddenly become Popular?

Before 2021, most people had no idea what non-fungible meant, but today celebrities like The Weekend, Paris Hilton, and Jimmy Fallon use it in regular discourse. According to a DappRadar analysis, NFT sales are in the billions, up about 38,000 per cent yearly. The most valuable NFT sold was digital artist Beetle’s $69 million sales in 2021. There’s even an SNL sketch on NFTs turned into an NFT itself.

According to analysts, numerous causes led to the rise of NFTs in 2021, and the increasing popularity of NFTs demonstrates the unexpected adoption curve of new technologies. The Bitcoin and Ethereum bull run in 2021, and many new investors rushed to crypto.

If you have a slight amount of crypto, Yang thinks it’s simple to branch out into other crypto ventures like NFTs, staking, etc. NFTs also created a new way for artists and makers to show off and market their work while maintaining complete transparency and ownership authenticity.

Meta and its two major social media sites, Facebook and Instagram, have joined the burgeoning industry of non-fungible tokens. Both companies work as a means for people to produce and trade NFTs. Like how NFTs have gained popularity in the past year, Meta has also gained a considerable haul of public visiting its apps and spending many hours on them.

The idea of trying to link Meta and NFT was simple, as people spent most of their time on Meta platforms. Why not bring a platform where the audience could invest while using the application. This is an effort of Meta, who is trying to implement tools to help the business grow where the sky is the only limit.

Many “financial times” reports suggest that Meta build a marketplace network to integrate the NFT and Meta platforms. According to the source from people associated with the issue, Meta is developing support for NFTs, allowing users to showcase the digital treasures on their profiles and buy and trade them on the network.

Non-fungible tokens, or NFTs, are a type of digital file—often art or a collectable—that employs blockchain technology to verify and confirm ownership. While NFT collectables have been around for a few years, the success of the first NFT to be sold by an art auction house last year drew a slew of photographers and artists to the space, intending to mint their work as authorised digital treasures.

While Meta has yet to corroborate the news, it does not come as a surprise. Last year, the business released its digital currency wallet, and Instagram CEO Adam Mosseri revealed through his Instagram story last month that the social media network was “exploring NFTs.”

Late last year, the firm changed its name to Meta to emphasise transitioning to the Metaverse, a virtual environment based on numerous significant technological concepts such as virtual reality and NFTs. While the shift to NFTs isn’t surprising, the stories raise issues about how the digital collectables will be merged and how the NFT market will be influenced by a platform with over two billion users.

Is there a Potential Future in the Integration of Meta Platforms and NFTs?

While many experts have different thought processes about the future, some are affirmative, like Shine, who says that NFTs were born to change the investment domain. The first step towards it would be integrating them with Meta platforms with a vast population of early adopters of new concepts.

However, Meta has still not opened up on a complete proof plan to launch this integration, and it’s still under a dry run on how it would benefit its users. The debates are in progress. Till then, let’s get into the waiting game! 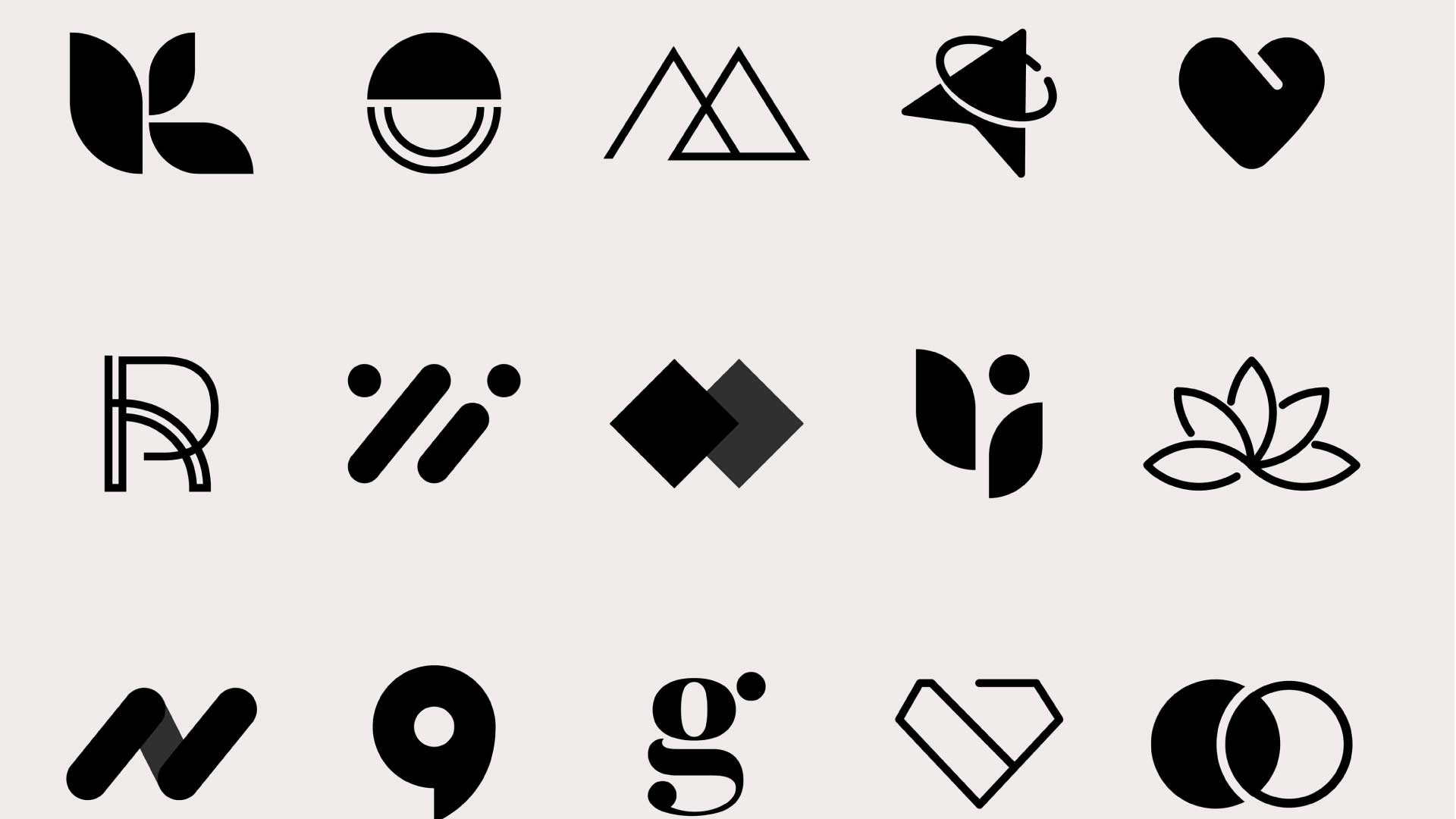 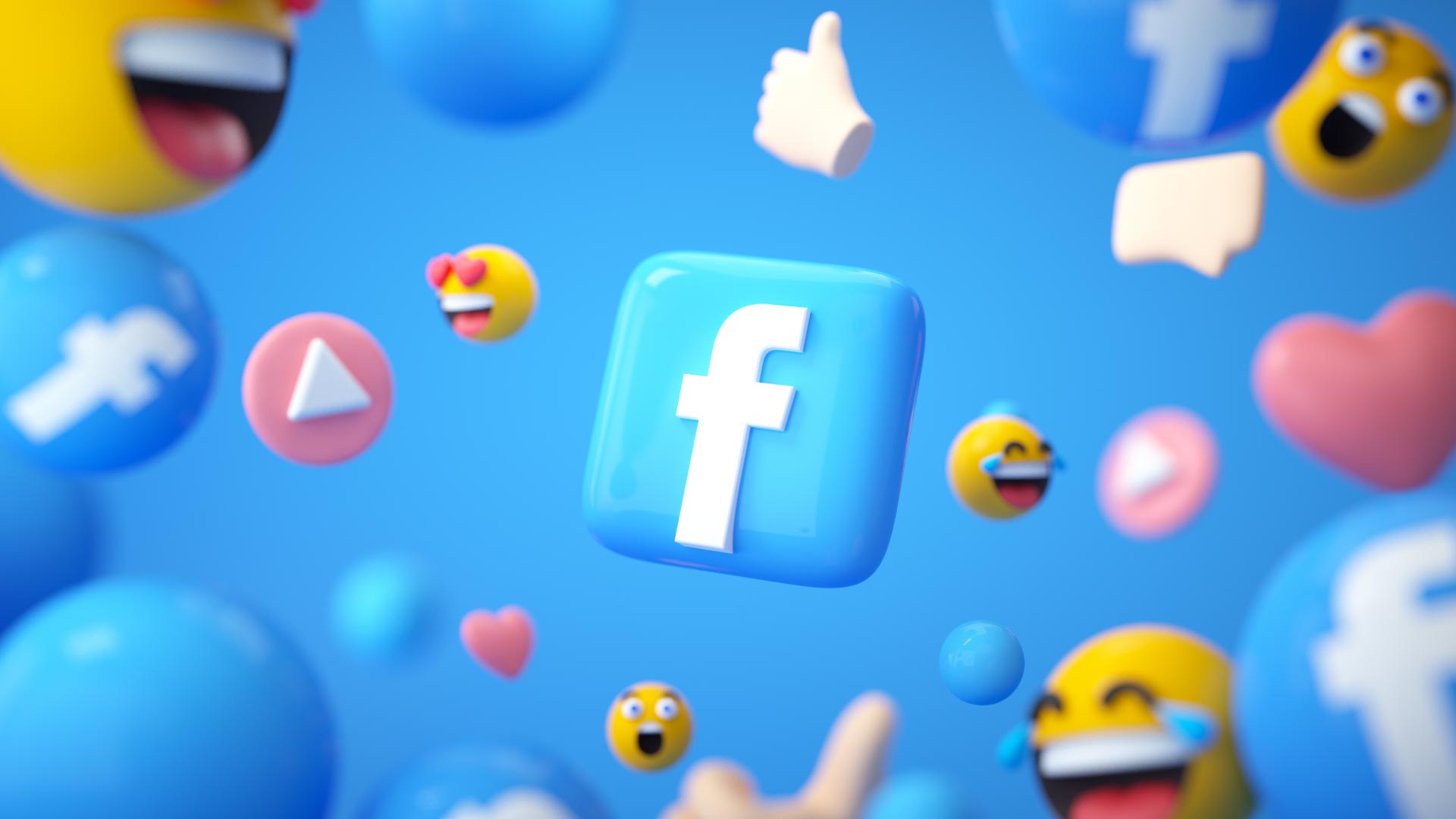 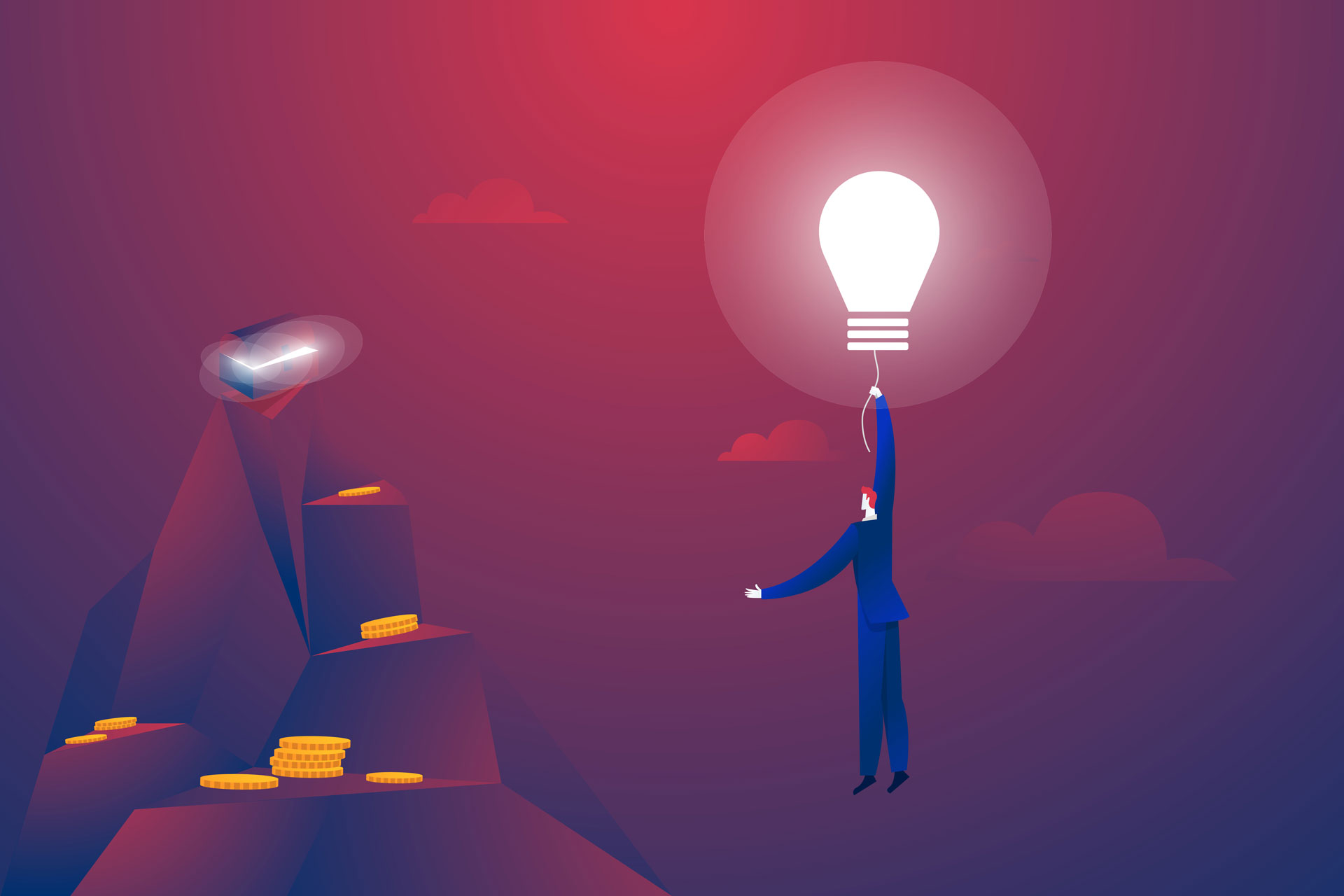 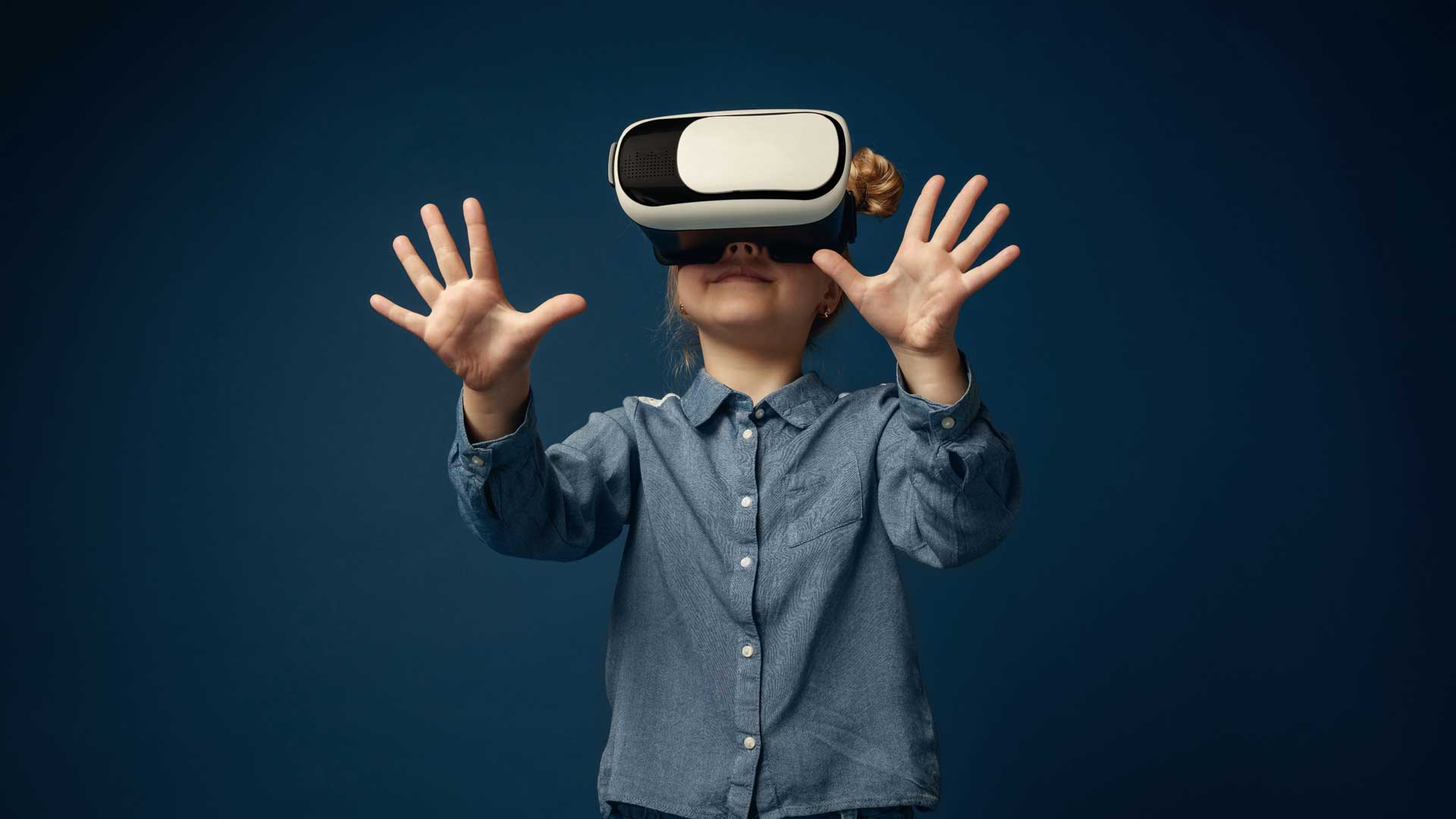